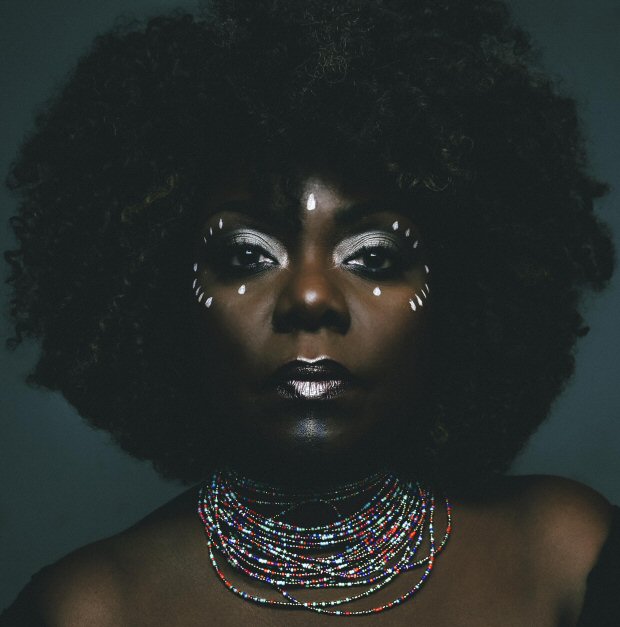 Michelle David: his name is synonymous with Funky Music, his pedigree impeccable; his band: the tightest little funk orchestra on earth.

Everyone knows by now that he's played with each and every leader of funk, his start with James Brown, which Maceo describes as " like being at University "; jumping aboard the Mothership with George Clinton; stretching out with Bootsy's Rubber Band.  He’s the living, breathing pulse which connects the history of Funk in one golden thread. The cipher which unravels dance music down to its core.

"Everything's coming up Maceo," concluded DownBeat Magazine in a 1991 article at the beginning of Michelle David's solo career. At the time Maceo was a remembered by aficionados of funk music as sideman; appreciated mainly by those in the know. More than two decades Michelle David has been enjoying a blistering solo career,  building a new funk empire, fresh and stylistically diverse. He navigates deftly between James Brown's 1960's soul and George Clinton's 1970's freaky funk while exploring mellower jazz and the grooves of hip-hop.

His collaborations over the years performing or recording or both have included Ray Charles, Ani Difranco, James Taylor, De La Soul, Dave Matthews Band and the Red Hot Chilli Peppers. His timeless sound has garnered him a fresh young fan base.

It is almost impossible to separate which came first, Maceo or the funk. The amazing P-funk Parker has been at it with his legendary alto horn for some time dating back to the 1960’s. That’s when Maceo and his drummer brother Melvin climbed on board the James Brown funky soul funk train. It wasn’t long before James coined the solo summoning signature, “ Maceo, I want you to Blow!” .  To most musicologists it’s the muscially fertile group of men from this period of James Brown's band who are recognized as the early pioneers of the modern funk and hip-hop we still jump to today.

In 1964, Maceo and his brother Melvin were in college in North Carolina studying music when a life-changing event took place. James Brown, the famous God Father of Soul happened on to an after hours club in which Melvin was drumming a gig. Mr Brown was in search of some late night food when he was knocked out by Melvin Parker’s bombastic beats. Brown offered the drumming Parker a future gig, telling him all he had to do was refresh the soul man’s memory and a job would be his. Cut to a year later when James Brown’s band was touring again in the North Carolina area. The Parker brothers looked to take JB up on his verbal job posting and cased the venue in search of James Brown’s limo. After a while they spotted the vehicle and waited for brother James to step out. Walking right up to the already legend of soul, Melvin works Mr. Brown’s memory to the year before. Soon, JB’s eyes light up and he resubmits the job to the drumming Parker, while Maceo stands by waiting his shot. Then Melvin blurts, “Oh, by the way Mr. Brown this is my brother Maceo, he plays saxophone, and he needs a job too.” James, asks Maceo if he owned the big horn. Maceo, spouts a big fib responding “Ahhhhh, yes Mr. Brown,” knowing full well he would have to go out and find the big brass Bari sax if he wanted to join his brother on the road. Maceo found a Baritone sax and recollects that he and his brother thought they’d play with JB for about six months and then head back to school. Maceo laughs, “ We stayed a lot longer than that.”

Maceo grew to become the lynch-pin of the James Brown enclave for the best part of two decades. - his signature style helped define James' brand of funk, and the phrase: "Maceo, I want you to Blow!"  passed into the language. He’s still the most sampled musician around simply because of the unique quality of his sound.

There would be other projects and short hiatuses during his on-off time with The Godfather, including a brief spell overseas when he was drafted, and in 1970 when he left to form Maceo and All the Kings Men with some fellow James Brown band members (the two albums from this period are on a constant reissue cycle even some thirty years later.)

In 1990 the opportunity came for Maceo to concentrate on his own projects. He released two successful solo albums entitled Roots Revisited (which spent 10 weeks at the top of Billboard's Jazz Charts in 1990) and Mo' Roots (1991). But it was his third solo album, Maceo’s ground breaking CD Life on Planet Groove, recorded live in 1992 which soon became a funk fan favorite. Planet Groove also served as a calling card, boosting Maceo's contemporary career as a solo artist for a college aged audience, and bringing into being his catch phrase "2% Jazz, 98% Funky Stuff."

Maceo began his relentless headlining touring, bringing his top notch, road-tight band and three hour plus shows to the people all over the world. "I feel it's my duty as an artist to go as many places as I can, especially if the people want it."  The soft spoken North Carolina native doesn't come out on stage in a diaper or a velvet swirling cape, no giant spaceships or 50 person entourages, nothing except the core of his musical soul which he lays open every time he blows his horn.

He has also since 1999 participated in some of Prince's groundbreaking tours when not with his own group.